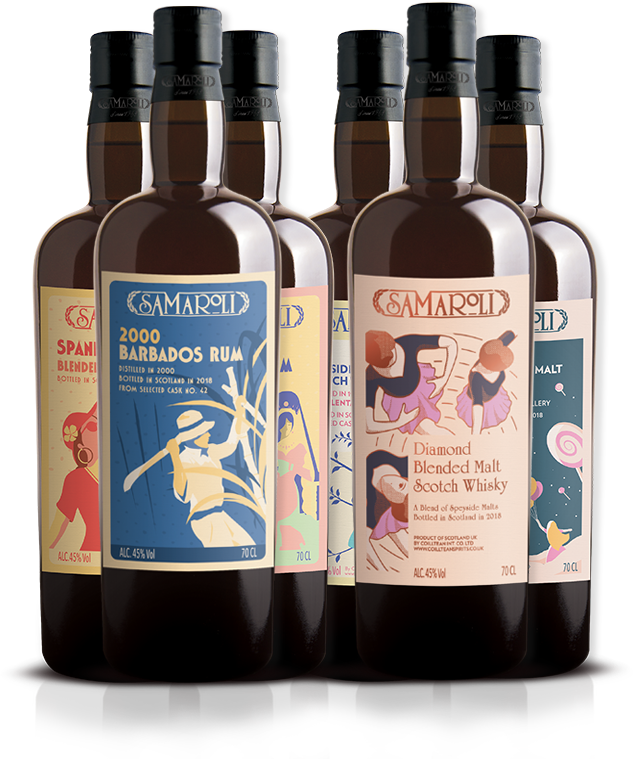 Samaroli is a Italian reference platform for selection of best Scottish whisky and blends,or for finest rums on the worldwide markets of distillates.

Samaroli today... After a long time of collaboration between Bleve’s family and the Samaroli company, in 2008 after a period of internship Antonio Bleve , always in love with the Samaroli company and its philosophy , with courage slowly took over in commercial management and in production of Samaroli.

A challenge that takes time and tenacity, a bet every time launched to the market of the great spirits, more and more exclusive and competitive. It is always exciting to look for the great spirits and to discover the best lot, to evaluate the assembly methods, the maturation timing, the ageing, the gradations, similarities and differences. A job more and more addictive for us, only at the end of it we can consider our whiskey, our rum, our labels , our brand suitable for you. 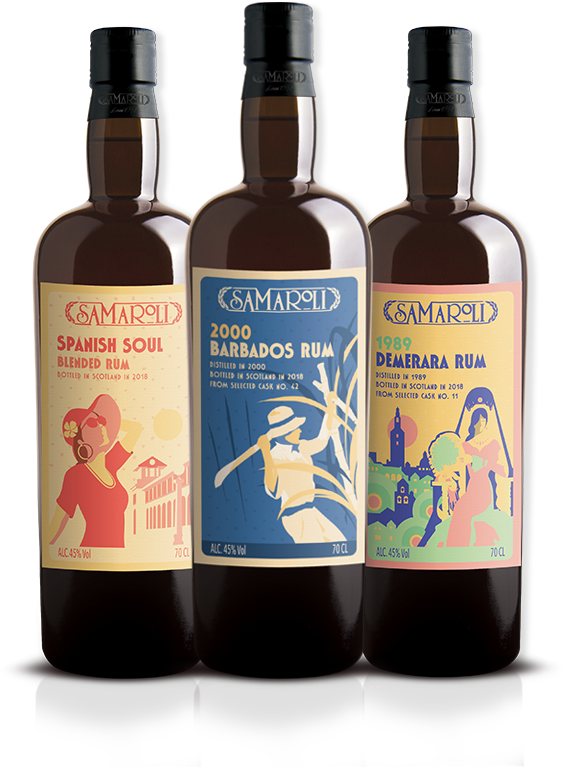 The oldest road of Rum

Rum that comes from over the ocean, along a three centuries and two thousand mile's road.

Tropical rum that starts from the oldest and most prosperous plantations, big as small state of rich landowner and (former) slaves.

The most intense and rich molasses reach Scotland, where is putted in barrels more suitable and capable to take the ultimate taste and natural color of the most noble and sincere woods. 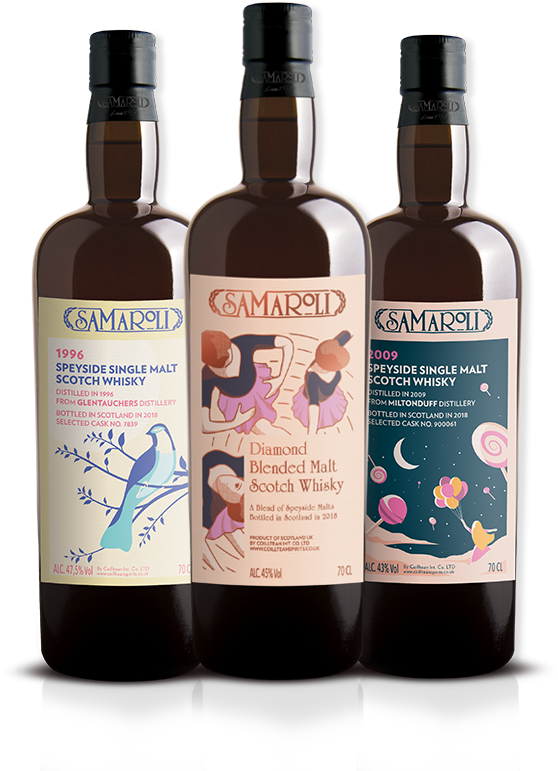 The Whisky of the secret Scotland

The "water of life" that has been and is the sap that flows in the veins of a wonderful country. A product that break out all production standards to become unique and unrepeatable with no replica and no encore.